We keep a flower box up at the cemetery for fresh flowers in the warm season, and artificial flowers during the cold season. The last box I made, I assembled all the side and end boards with the grain running horizontally. Even with multiple coats of spar urethane, over time the oak takes on moisture and swells. The wood will expand more sideways of the grain direction than lengthways. Since the grain direction on the base was running opposite to the grain on the end boards, the base, which originally was 9 ½” wide, grew ½” more than the end. You can see by the picture what this did to the flower box. 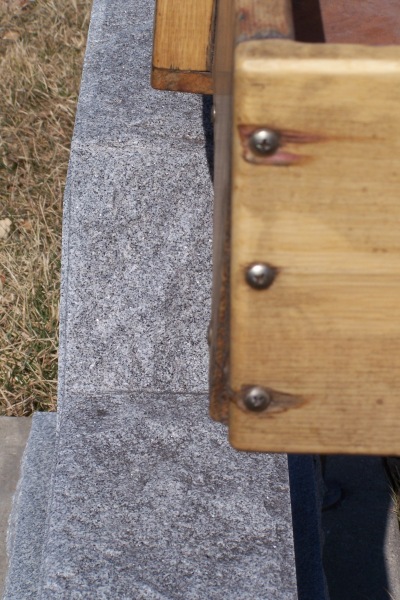 With the new flower box I have the grain on the end and middle boards running the same direction as the base. Also instead of using screws to assemble the box, I decided to use this project as practice on trying several different joinery methods. 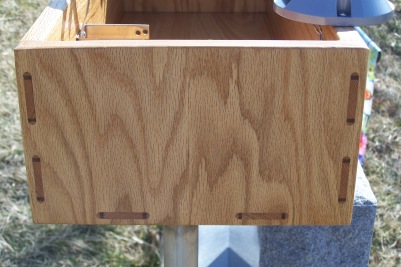 For the end boards I decided to use loose tenon joinery. I glued everything during assembly, but since this is prone to a lot of expansion and contraction, I didn’t want to rely on just the glue to hold it together, even if it is waterproof glue. Because of that I put ¼” dowels into the loose tenons so they would stay put. I then slit the ends of the tenons and drove walnut wedges into the tenons to squeeze the tenons tight in the end boards. I cut the tenons 1/32” narrower than the mortise, which is a good idea when you have multiple mortises, to add a little fudge factor. The tenons were 2″ long. I cut  slots with a band saw 1/8″ in from the edge, and 1  1/4″ long.   The contrasting color of the wedges adds to the looks of the finished product.

I made a “sliding dovetail” for the middle board. 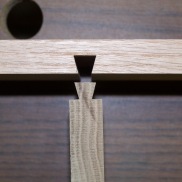 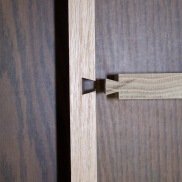 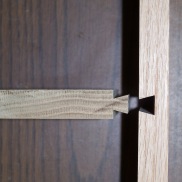 I used biscuit joinery to splice the two pieces together for the base. 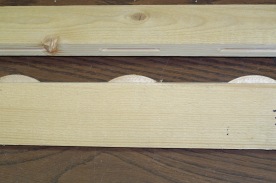 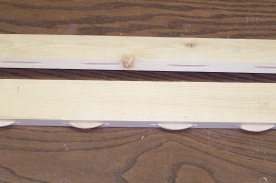 I used dowels to attach the front and back. Each dowel is drilled in at a different angle, so that the front or back can’t slide off even if the glue fails. To trim the dowels off before sanding them down smooth, you will want to poke some heavy paper, etc. over the dowel and cut it down with a hacksaw blade, or a fine pull saw like the one shown. 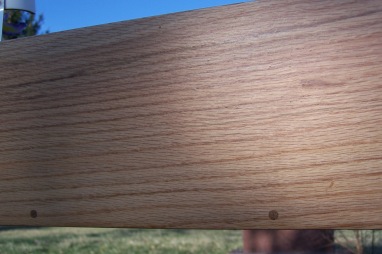 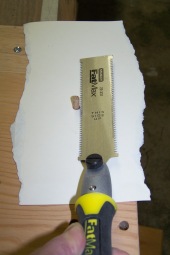 I used a tongue and groove joint on the front glass support. 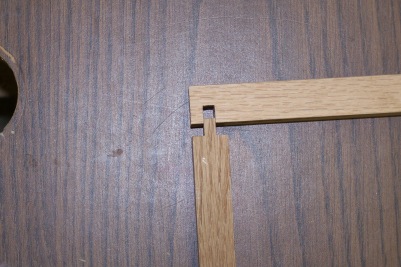 Concealed dowels were used to hold on the front glass support and to splice the end board pieces together. 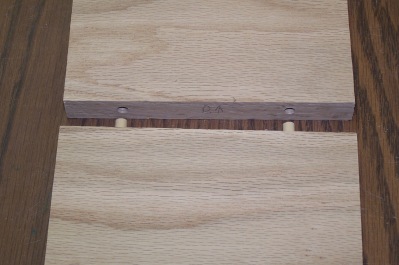 On the back board I used a half lap to join two short lengths together. 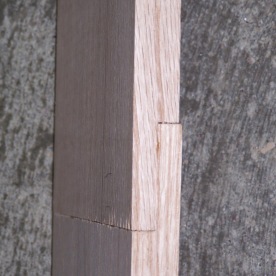 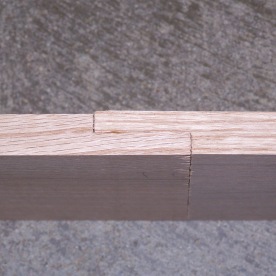